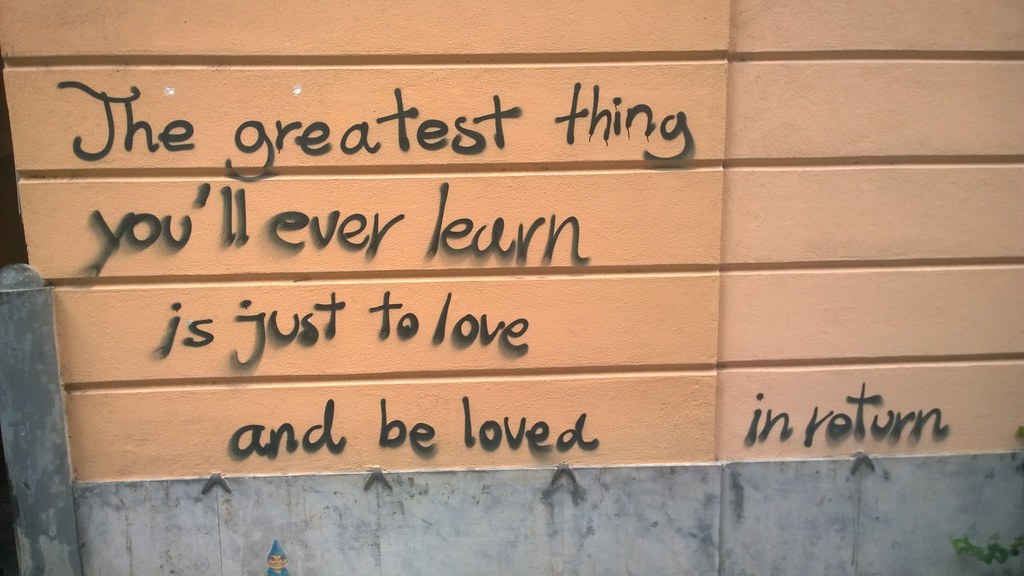 How I Learned to Love People

In my twenties, I claimed to be more than an introvert; I was someone who just plain didn’t like people. That worked great for me as a melancholy drunk, because I needed lotsa booze to talk to people — right?  Animals I always loved, since those connections called for neither conversation nor competition.

When I first quit drinking, nothing else about me changed.  I still felt uncomfortable in human company, assigned people coolness levels, and silently criticized everyone, convinced I was being criticized in the same way.  Almost like a counterbalance to this alienation was my over-attraction to certain people I elevated above everyone else, usually with an obsessive crush.

At the same time, I did understand that infatuation was both an illusion and total waste of life.  But that doesn’t mean I could quit!  For us addictive types, self-knowledge can’t even begin to compete with whatever sweet fix gets us off, whether we ingest the chemicals or manufacture them in our own brains.

AA’s Step 6 tells us to become ready to have character defects removed.  I used to pray, Please cure me of this crush thing!  I am so done with it, god, but I can’t stop!

God heard me.  God answered.  I tell this story in my addiction memoir, along with scores of others. 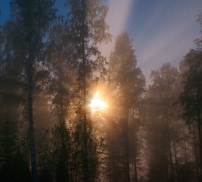 In 2004, the man I was obsessed with agreed to get dinner with me after an AA meeting, but only at the restaurant announced for post-meeting fellowship. On our walk to this place, he reached out to a series of people from the meeting. Through my eyes, the first person was way too cool — but said he might join us.  The next, something like Goldilocks’ porridge, was not cool enough, but likewise agreed.  The third was pretty much at our level.

At first, as we took seats alone in a large booth, I zoomed in on charming and seducing my crush. But then, who should interrupt us but a sketchy kid on crutches and his snaggle-toothed girlfriend. The kid explained that his foot was deeply infected with some rare bacteria — probably not flesh eating disease, he added, dipping into our chips — from stepping on broken bottle during a fist fight with his dad.  While I cursed their arrival, my crush listened and empathized.

Next to arrive were the invited people — cool, loser, and mid-range. I knew these folks and soon found myself in conversation with them. More people from the meeting arrived and sat in the booth adjoining ours, twisting around to joke with us.  Food and sodas showed up. Laughter, noise. I relaxed.

Half an hour later, I can’t even remember who was talking to me. All I know is I was laughing so hard I made no sound, rocking in the elation of feeling totally safe with family, when I realized my crush had moved to the other booth. Here’s the kicker: I didn’t care!  The love I was starving for, I saw then, was not his, but god’s love, through people around me with whom I was normally too shy to connect.

Not a night owl, I left earlier than many, walking the dark, empty streets back to my car.  A glow of love filled me with for everyone — even the not-flesh-eating diseased guy and his girlfriend. I could feel that god was pleased, that god was telling me this was how to live:

love should be a fountain showering on all, not a nozzle spray pummeling just one.

But I also knew myself: I would forget.  I would revert.

So I pray-whispered as I walked, please guide me toward your way of life.  An idea came (from god), and I pounced on it:  We made a pact. I swore to god that every time I found myself criticizing someone in a meeting, I’d make a beeline for that person as soon as the Serenity Prayer circle broke.  I’d shake their hand, and I’d learn three things about them.  In return, I asked god to cure me of shyness and obsession.  God said “deal.”

What an adventure this became! In retrospect, it was comical. I’d be in a big meeting hearing a share and think: “Man, this dude so imagined himself giving this share! What a phony!” Then I’d think, “Shit!”  Okay, I’d reluctantly note where he went in the closing circle. I’d drag myself over, my shyness screaming, “No!”

I’d stick out my hand: “Hi, I’m Louisa. That’s a such a cool tattoo on your arm. What does it say?” After a bit of  an awkward start, I’d learn three things.  To young, pretty women who were stealing all the goddamn sexy, I might say, “I like your earrings. Where’d you get them?”

Anything.  God didn’t care what I said.  God cared that I broke through my shyness.  God saw my desire to grow and loved me for it.

And here came the miracle: At least half of these people became friends — confidants who later helped me get through cancer and a horrible break-up. I grew to love people FOR their flaws, not despite them. Everything that sparks my criticism, I do or have done in some form.  My ego craves attention, hopes to impress, fears being exposed as a fraud, and uses dumb, cheap tricks to chase whatever.  When I accept myself, I can love others as god loves us — just for trying.

In about two years, my pact with god became obsolete — or more aptly, fulfilled.  I’d shed 90% of my criticizing, ranking, and elevating.  I lost shyness.  I no longer need the fix of a drink or a crush. The work of being me today is to breathe the same love for humanity that I once felt only for animals. It’s work, but I can do it!

Even as the greedy among us destroy our planet, I have hope that the goodness in our hearts will some day connect us, so that we move collectively toward a better world.